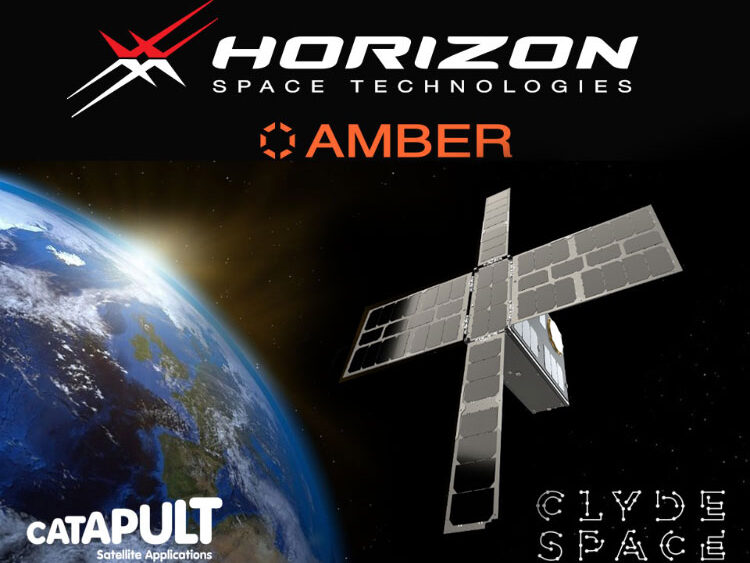 Reading, UK— Horizon Technologies and the Satellite Applications Catapult have signed a contract to adapt Horizon Technologies’ existing FlyingFish™ signals intelligence (SIGINT) system for a 6U CubeSat platform as part of the Catapult’s In-Orbit Demonstration program. Funded by Innovate UK, it is expected that the satellite will be in-orbit and operational before the end of 2020.

At present, all ships are fitted with Automatic Identification Signals (AIS), which can be detected by satellites, but can also be manually turned off to avoid detection when undertaking activities such as illegal fishing, piracy, smuggling, and transhipments, amongst others.

The payload on board IOD-3 AMBER will be able to locate and track vessels worldwide by picking up their electronic emissions using an L-band Satphone detection sensor package derived from the existing FlyingFish™ system combined with an AIS receiver, and other sensors to detect maritime radars, and correlate these signals against the presence of AIS beacons.

Known as IOD-3 AMBER, the satellite will work together with Horizon Technologies’ Amber Ground Exploitation Station (GES) to be established in Cornwall (Newquay).  The development of the GES was funded by Innovate UK in 2018 to provide end-to-end data services linked to illegal maritime activity to customers worldwide, and the GES will be operational by the time IOD-3 AMBER is launched.   The satellite bus will be supplied by Glasgow-based AAC Clyde Space and will be deployed into orbit from the International Space Station by launch provider Nanoracks.

John Beckner, CEO of Horizon Technologies, said “As a UK SME, we couldn’t be more pleased to work in partnership with the Satellite Applications Catapult for Amber as part of the In-Orbit Demonstration program. The program is a perfect example of the benefits of an optimal private/public partnership. By the end of next year, our UK and international customers will be receiving ship geolocation data (to include GPS locations) of maritime vessels via a number of RF emissions. The world will have taken a major step forward in its quest to monitor international illegal maritime activity.”

Horizon Technologies already has a proven track record of working with national governments, international and regional organizations, and private industry.  Later this year, Horizon Technologies will host customer validation workshops to discuss how current and future customers will use the data supplied by IOD-3 AMBER in the most optimal manner possible.

Stuart Martin, CEO of the Satellite Applications Catapult, said “The Satellite Applications Catapult has been committed to the use of space-based technologies for tracking illegal maritime activity since 2013. It is our role as a Catapult to grow the market for satellite-enabled services like Amber and working with Horizon Technologies to deliver new capability from a CubeSat platform demonstrates the tremendous potential of the In-Orbit Demonstration program.”

Tim Just, Head of Space at Innovate UK, said: “This partnership announcement between UK SME Horizon Technologies and the Satellite Applications Catapult is very welcome news. It illustrates the value of the In-Orbit Demonstration program to create an environment for businesses to test their innovative products and services and ultimately help grow the UK space sector.”

Horizon Technologies will be exhibiting and discussing our IOD-3 AMBER launch and the Amber Constellation as part of the UK Department for International Trade (DIT) UK Pavilion (Stand 617) at the May 6-9 Satellite 2019show in Washington, DC.

Horizon Technologies is the world leader in airborne satellite phone monitoring systems for ISR applications, equipping governments worldwide by enhancing their SIGINT capabilities. They are the OEM for the FlyingFish™ system which is flying on numerous ISR aircraft worldwide. FlyingFish™ systems fly daily on missions for NATO and FRONTEX.  Horizon Technologies has offices in the United Kingdom, and the USA. In 2020, Horizon Space Technologies will be launching the first of their Amber commercial SIGINT CubeSats and providing customers with a new intelligence data product. Reading, UK based Horizon Technologies was named as one of Europe’s fastest-growing businesses in the fourth annual Inc. 5000 Europe rankings. Visit: www.HorizonTechnologies.eu